In the mid 80’s David was living in San Francisco and found a want-ad posted by Dan Alexander who would trade wood work for recording equipment. Clearly this was a barter meant to be and David started working in trade for high-end analog recording gear. Over ten years he worked and traded for some incredible items: 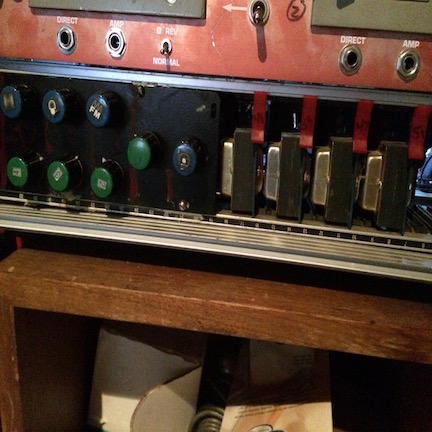 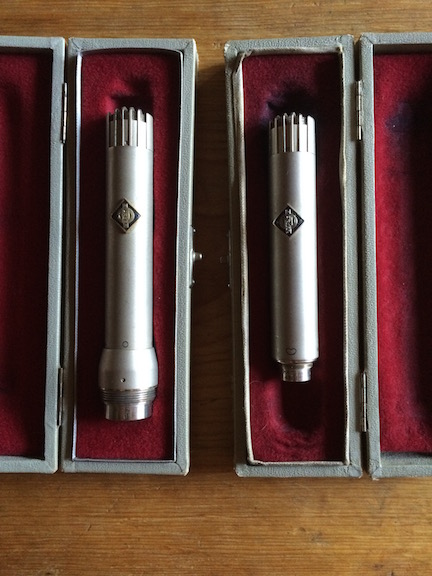 What’s the deal with the Dan Alexander gear?

It must have been around 1985 & David was browsing the “THRIFTY NICKLE,” remember those? & an ad popped out: “WANTED: Wood floor refinishing in exchange for recording equipment.” This seemed, not only too good to be true, but impossible as well. (I just googled it now, nothing…) Of course I called, reaching on the other end of the line, none other than vintage-recording-equipment impresario, Dan Alexander. A meeting was arranged & I went to his beautiful house on a hill-top in Berkeley, CA & met Dan Alexander.(the floors were NOT beautiful & definitely in need of some work). The only recording gear I knew by name at the time was SENNHEISER. I told Dan I wanted a Sennheiser microphone. Dan replied: “You guys work on the floors & I will take care of the equipment.” It was a big house, with a lot of rooms. Which means a lot of wood floors. Dan provided in trade: 4 API pre-amps (312-3’s to be exact. Built into a funky rack that I still have. Dan was one of the first people to build ‘outboard’ mic pre-amps in racks) & 2 Neumann km84 microphones, (I didn’t know what they were either & they were so small, this whole arrangement felt a little like ‘jack-in-the-beanstalk,’ & I guess it was, as the friendship that formed, & the equipment that arrived has always had a bit of magic about it).

Over the years I would return to the house on top of the hill in Berkeley & sand floors, paint walls, hang doors, work on basement apartments; helping on whatever project Dan was up to at the time. Dan would pick the gear: Neve compressors (2254e), v72 mic-pre’s, more microphones (AKG c12a) an old Studer tape-deck (b67). One time Anne (from Art of Flying) was helping me with the carpentry & Dan came down & asked her what she would like: “Something to make my voice sound good!” An EMT Plate reverb appeared! We had to rent a U-Haul to bring it home!

My most recent piece of gear from Dan Alexander wasn’t trade after all. Carpentry & couch-surfing in California got old for me & this time I had a little inheritance from my grandmother to burn through. I needed a mixing board so I called Dan. He had something in mind, & it was in New Mexico, too. However it was soon to be on its way to Israel. We would have to act fast. A few phone calls later & a deal was arranged. I could buy the console. I would have to drive down to Tijeras, NM  & get it: in pieces, not working, all 700 pounds of it, (along with enough spare parts “to keep it running indefinitely,” the paper-work proudly said). With my father-in-laws van completely filled, I drove back to Questa, NM & “what the fuck an I going to do now”?