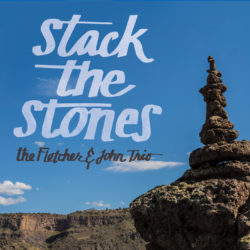 The Fletcher & John Trio reside in Northern New Mexico. The trio plays a mix of Folk, Celtic, and Bluegrass. In 2013 they decided that it was time to record an all original album with a good mix of vocals and instrumentals, but they wanted to do it in a rental where they could hunker down and focus on the songs. We moved the DSO mobile rig into a rental out on Taos Mesa for 5 days of intense recording. Setting up in a remote house allowed everyone to focus on the product, and provided for some great late night live tracking of instrumentals. The fun thing about our mobile Taos Recording rig is that everything is modular so you can decide how much or little you need for each job. For this project we brought almost everything including the Neve 2254s, the only thing we left behind were the vintage API and v72 preamps. I used only modern 500 series preamps as well as a pair of Avalons for all of the tracking. The band wanted to feature only their instruments and didn’t want to over produce or layer anything other than acoustic guitar, five-string fiddle, and mandolin. That is a lot of mid-range, but it was a fun challenge. Glenda plays a beautiful large body Collings guitar that produces a great amount of low mid-range, I would record that instrument anytime! The really fun part was trying to get a good fiddle sound in a rather small and strange room, but a Neumann km53 did a wonderful job of capturing the instrument! Everyone should use vintage mics with some grit.